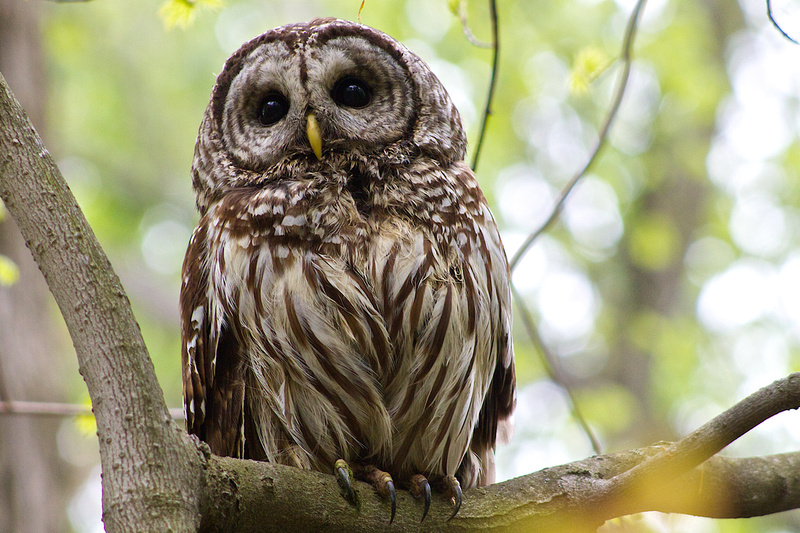 For the past few weeks I've been hoping to get some photos of Barred Owls.  I've returned to the same park where I've seen the owls at a distance, but never close enough to get any good photos.  Finally, this past week I've had several opportunities to photograph owls in good locations and been happy with the results.  The day I shot this, I had walked the path to the area I knew the owls were nesting and had not seen one, so I sat down on a nearby bench to rest and wait awhile before moving on.  After just a few minutes, this bird appeared out of nowhere and landed on a branch thirty or forty feet away, directly in front of me.  I was able to get just a few shots before he flew again, this time landing on a limb within three or four feet of the trail.  I was able to get dozens of photos of him from various angles and perspectives over a period of about half an hour before he flew off again.  I've seen him almost every day since then, though at a bit more of a distance.  My next challenge is to catch a flight series or two.