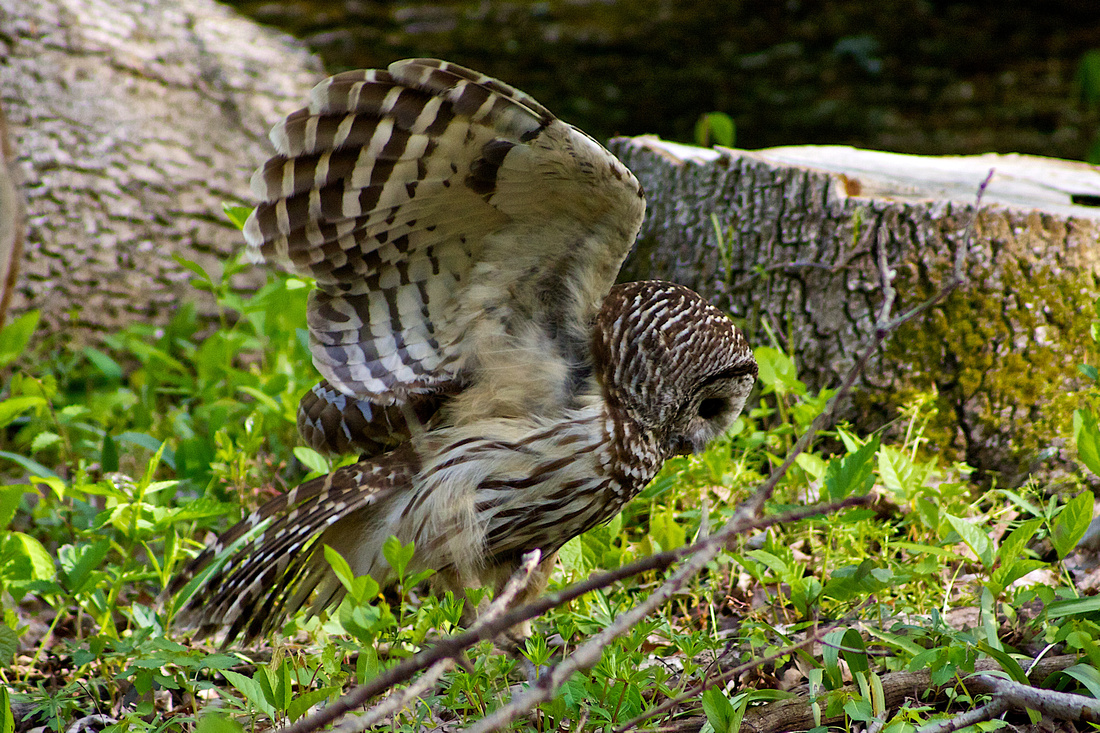 I've been following and photographing this Barred Owl for a few weeks now.  I've been amazed at how tolerant he is of me and my camera, but even more amazed that he is just as tolerant of groups of photographers and admirers.  You can see more photos of him, as well as a few of his babies peeking out his nest by clicking the "My Photographs" link at the top of the page, then pull down to "Featured", where you will find the Owl gallery.  When I first started photographing the Owls, the leaves had just started to appear on the trees, and even two weeks ago, when I took this shot, the forest canopy had not filled in, leaving plenty of light for photographing the birds, even in flight, as you can see in the gallery.  Now, the canopy has filled in and occasional shafts of light appear through the leaves, but most of the forest is in the shade, which not only makes it more difficult to get shots like this one, but also makes it sometimes difficult to even find the Owls, not to mention smaller birds.  Fortunately, this particular owl seems to like to perch near the trail, and though I may sometimes have to wait several hours before he makes his appearance, most days I been able to find him and add to my Owl gallery.  Once the owlets have fledged, I hope to have the good fortune to be able to follow them for awhile before they take off on their own.