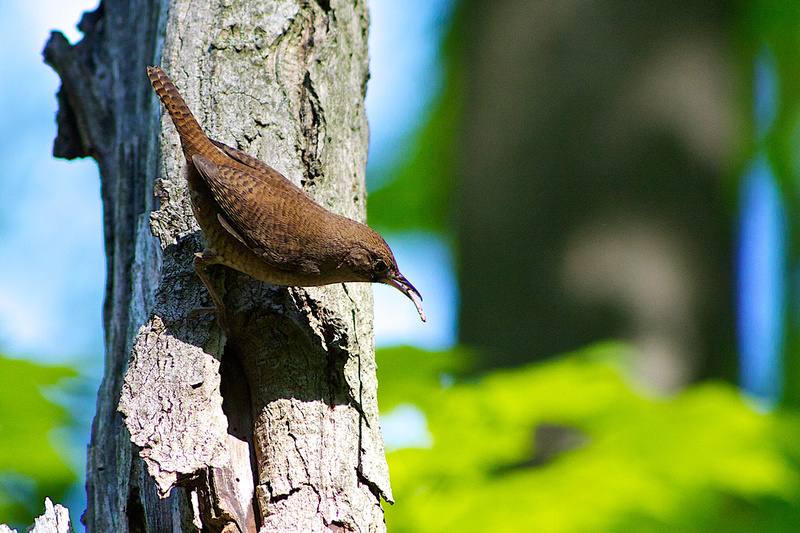 Over the past few weeks, most of my attention has been focused on photographing the Barred Owls at one of the nests in Blacklick Woods Metro Park.  Although I have walked up and down a stretch of the trail to get photos of one of the Adult Owls out hunting, I've spent many hours staking out the nest, trying to get photos either of the Adults going in or out of the hole in the tree where the nest was, or hoping to get a shot of the babies peeking out, which I succeeded in doing a couple of times.  Within a few feet of the best lace to view the nesting tree is a dead tree that a pair of House Wrens have used for their nest.  So, often while waiting for owl sightings, I've taken photos of the Wrens in their comings and goings, along with an occasional Cardinal or Titmouse, etc.  When I started going through my photos today, I found that I had more Wren shots than I had realized.    Here is a sampling of the past couple of weeks in the lives of a pair of wrens.